IMPRESSIVE ANCIENT REMAINS FROM THE ROMAN CITY OF VICTORY

VIRTUAL TOUR WHERE TO STAY

Nicopolis ad Nestum (Latin: Nicopolis ad Nestum) translated as "City of Victory at the Mesta River" is a Roman city located in southwestern Bulgaria. The remains of Nikopolis are in the land of the village of Garmen, next to his first houses, in the areas of Marchov Chiflik and Hisarlaka, 7 km east of Gotse Delchev. 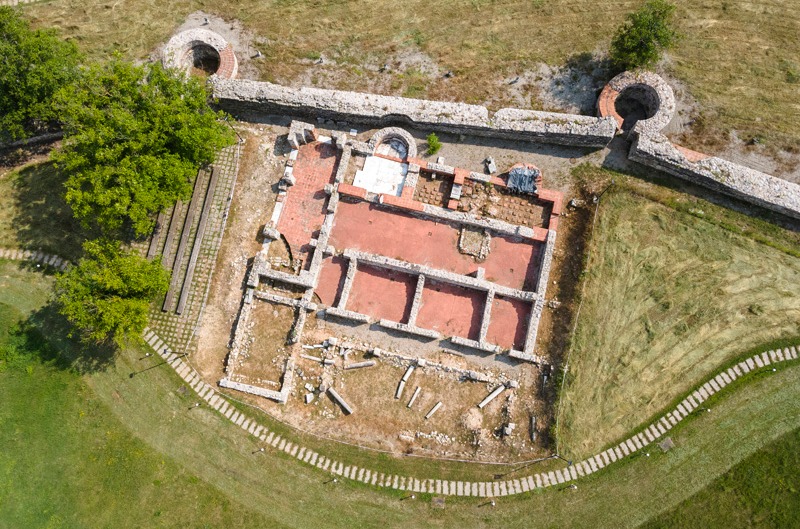 The first excavations on the territory of Nikopolis were conducted in 1980-1987.

Archaeological excavations in the area of the ancient settlement have been conducted since 1980. The earliest finds found here date back to the Neolithic period. The studied area occupies about 13 hectares. About 280 m of fortress walls, foundations of public and religious buildings, burial mounds were discovered during the excavations.